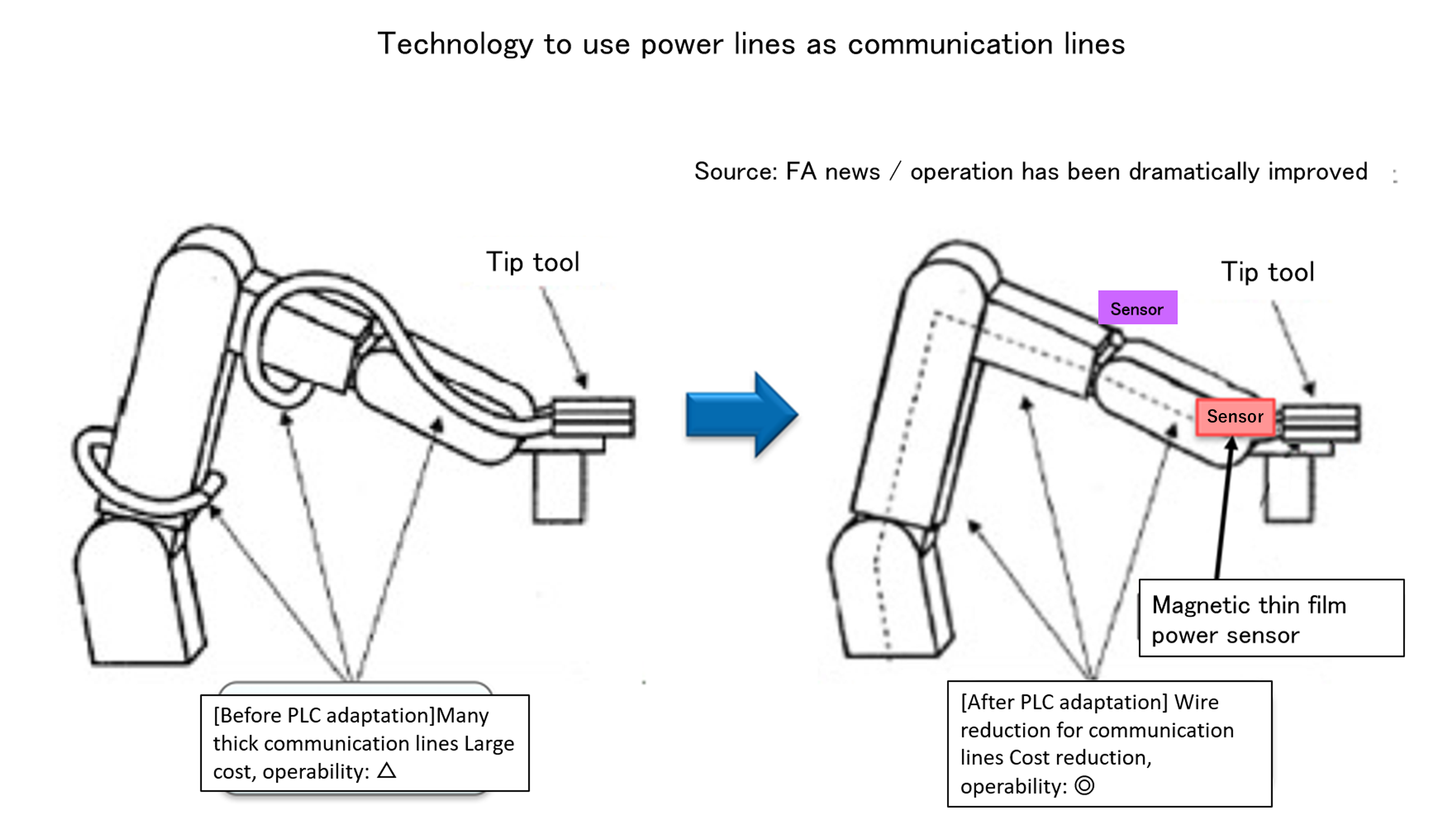 Conventional robots and industrial equipment require many servomotors.
A power supply line and a control line are connected to each servomotor, and in an articulated robot or the like that requires complicated control, the number of control lines is large, and troubles such as weight and disconnection of the control line are increasing.

This technology is intended to be realized using a magnetic thin film electric sensor (Tsujimoto device). Utilizing the ultra-narrow band frequency discrimination function on the multiplication function of the magnetic thin film functional element (under consideration for application to a current spectrum analyzer), the motor control line is eliminated by ultra-narrow band and super multiplex communication and instead incorporate the signal in the electric cable to realize the motor control. 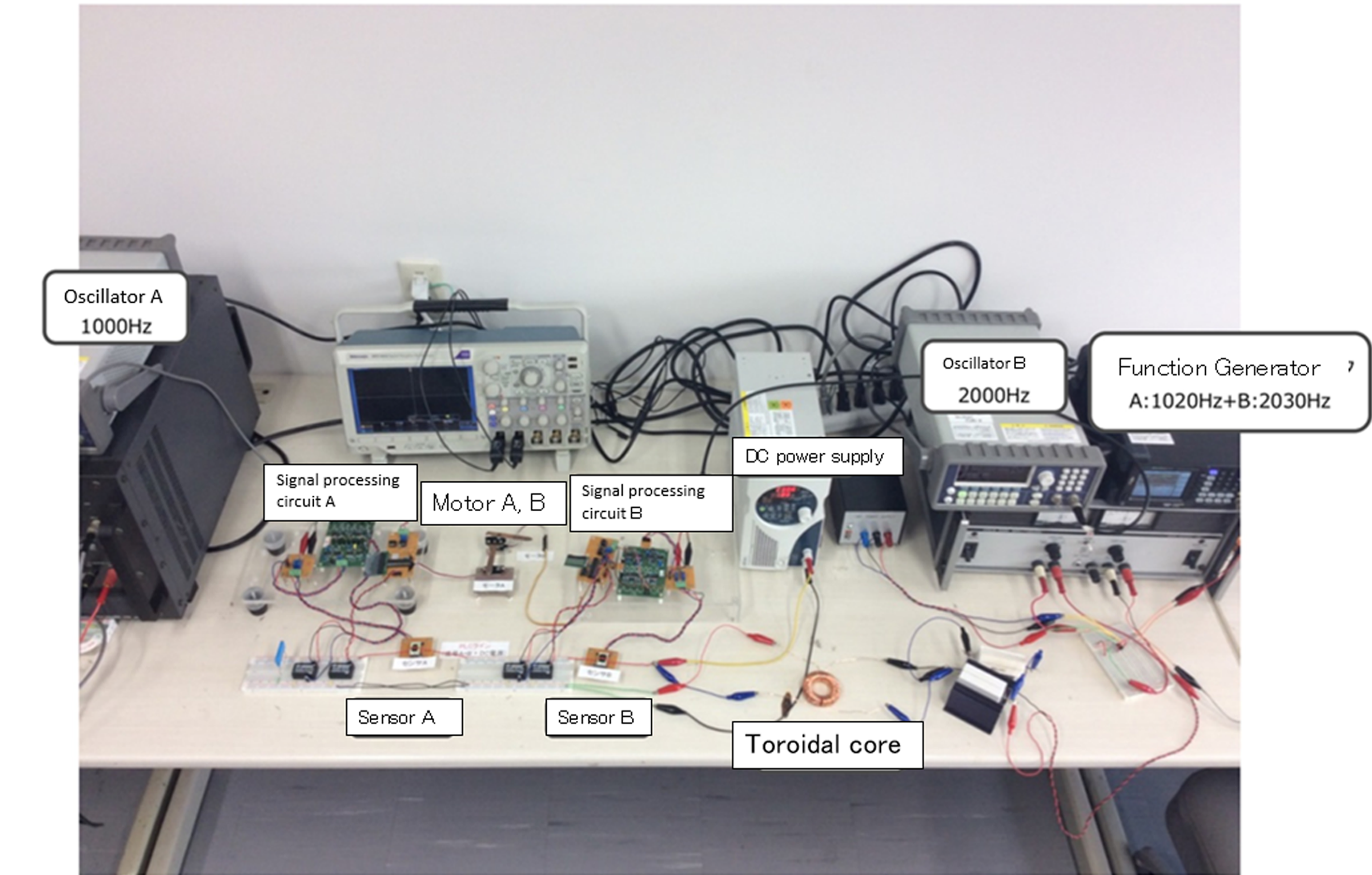 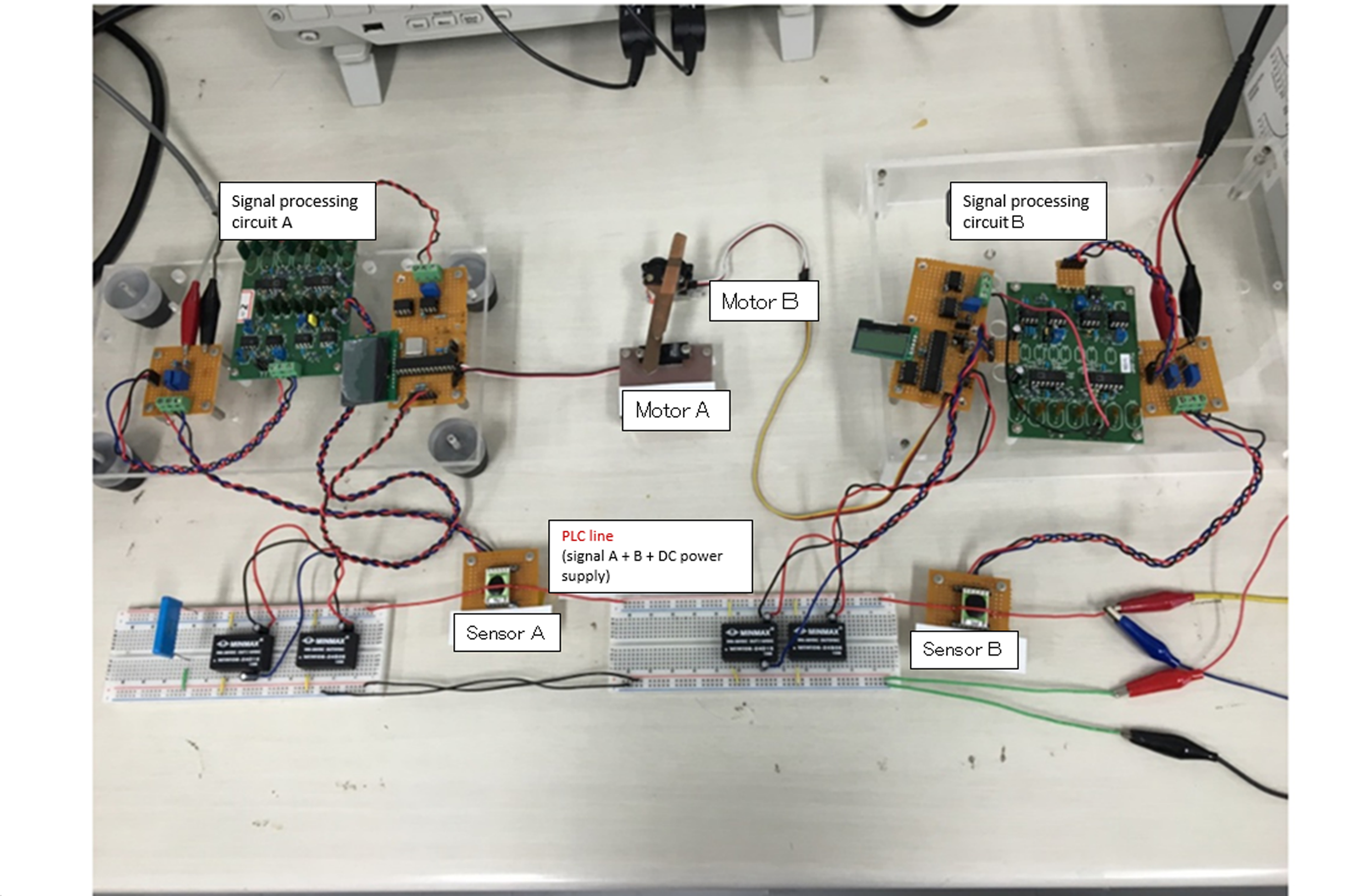